On July 22, 2021 we implemented a new login system. If you have not yet activated your login

On July 22, 2021 we implemented a new login system. If you have not yet activated your login

View All Faculty
Access the entire library
Become a Member 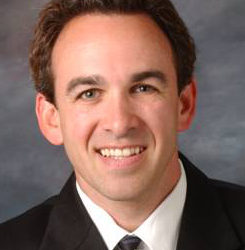 To some he’s just another former dentist, but to the dental community he is known as “The Digital Dentist.” Dental Technology Consultants founder and President Dr. Lorne Lavine has more than 25 years invested in the dental and dental technology fields.

Dr. Lavine’s educational background is highlighted by an exemplary academic record and superior achievement. After earning his B.S. degree at USC, Lavine pursued a D.M.D. from Boston University. After completing his residency at the Eastman Dental Center in Rochester NY, he received his specialty training from the University of Washington.

After graduation, Dr.Lavine practiced periodontics and implant dentistry in Vermont for 10 years, and relocated to sunny California to successfully launch Dental Technology Consultants in 2000. His passion for technology and his involvement with computers earned him two more prestigious degrees: The A+ Computer Repair Technician certification and the CompTia Network+ certification. The A+ Computer Repair Technician certification is only granted to individuals who have successfully demonstrated proficiency in computer repair and knowledge of computer operating systems. He also illustrated his expertise in network design, installation and trouble shooting by completing the Comp TIA Network certification. Shortly, Dr.Lavine will receive his third computer degree by becoming a Microsoft Certified Systems Administrator.

Dr. Lavine demonstrates his commitment to remaining abreast of the latest technological advances in dental practices, periodontics and implant dentistry by frequently attending continuing education courses, and his active involvement with numerous study clubs and dental associations. He was a member of the American Dental Association, the Champlain Valley Dental Study Club, the American Academy of Periodontology, the Vermont State Dental Society, and the Vermont State Periodontal Association. He even served as an instructor at University of Vermont School of Dental Hygiene, as well as presented multiple lectures at the University.

Not only is Dr. Lavine’s career enhanced by his academic achievements and heavy involvement in dental organizations, but his lectures on integrating dental technology truly classify him as an expert in his field. Dr. Lavine provides between 25-30 lectures per year as well as hosts numerous seminars. Some of his past lectures were held at the American Academy of Periodontology, the American Academy of Endodontics, the Long Island Dental Society, Yankee Dental Congress, and about 50 other local and national dental societies.

Dr. Lavine has written two successful Tech Guides, provides more than 20 seminars and webinars per year, writes a column in American Dental Tribune Magazine, and actively writes a daily technology blog and monthly newsletter. Dr. Lavine devotes a large portion of his time to multiple charitable organizations, as well as climbs mountains as part of his ongoing commitment to the annual Dentists Climb for a Cause Fundraiser. He even served as the president of the Rotary Club of South Burlington, VT from 1998-2000.

There will be no refund made on purchases of Lectures-on-Demand or Clinical Videos unless the order was duplicated in error (the customer was charged twice for viewing the same lecture or clinical video). DVDs may not be returned for refund or exchange unless broken upon opening or defective upon viewing.

If the item is still sealed in the original packaging, gIDE will exchange it or offer a refund based on the original method of payment. Products from opened packages will only be exchanged if deemed defective.

A full refund can be requested within 7-days from the time of purchase (new memberships only). After this 7-day period, paid membership fees are non-refundable.

The cancellation fee is $750 up to forty-five (45) days prior to each program. After that date, there will be no refunds. As a courtesy, registrants can make a one-time date change within a 12 month period, space permitting.

Registrations received during cyber-monday sales are non-refundable. gIDE may cancel scheduled courses up to thirty (30) days prior to the scheduled start of the course if certain attendance minimums are not met. gIDE is not responsible for reimbursing prepaid (including non-refundable) customer travel costs. It is recommended that customers who elect to incur travel costs for a training course, schedule and purchase airfare and hotel accommodations with this in mind.

Dates and locations are subject to change.

Initial deposit and 1st installment payment are non-refundable after Session I.

All payments received prior to Session III are non-refundable regardless of participation during sessions III and IV.

In special circumstances, course completion postponement may be approved by gIDE. In such cases, fees may be applied. Refund policy is applied based on date of first enrollment.

Dates and locations are subject to change.

All appropriate measures will be taken to ensure the highest level of safety for faculty, staff, and participants. At all times gIDE will be fully adhering to the regulations of the local government, official health departments, meeting venues, as well as best practices. This will include considerations to class size, the wearing of masks by all, and any other measures that promote safety.

gIDE can elect to cancel or postpone scheduled courses due to the health risks associated with the current pandemic and cannot be held responsible for reimbursing prepaid (including non-refundable) customer travel costs.

In the case of a defective DVD, the product must be returned within seven (7) days and deemed defective by gIDE Customer Support in order to be eligible for a replacement.

If you discover what you believe is a product defect, please contact gIDE Customer Support at +1 310-696-9025. Such a defect, if any, is covered under the terms of your product"s warranty.

Please refer to the warranty information and other supporting documentation that was shipped with your order. (See Product Warranty section below for specific information about gIDE"s product warranties.)

Using a valid gIDE Account, you can select downloadable software products for purchase in the gIDE catalog. At the time of checkout, we will obtain an authorization on the credit card you have provided.

Once credit card authorization has been received, you will receive instructions in the form of a link to begin viewing your Lecture-on-Demand and/or Clinical Video.

If the transmission is interrupted in any way, you can use your gIDE account and password to begin the process again. Once you complete your order, you will receive a separate email acknowledgment that provides information about your purchase.

If gIDE cannot obtain authorization to charge the credit card submitted, gIDE will send instructions, via email, for completing the purchase. Please read the product information for Electronic Software carefully.

Software purchases are non-refundable. Electronic Software Sales Tax Applicable sales tax will be charged for software purchases where required by local law based on the jurisdiction in which the purchaser resides.

gIDE Institute bears no responsibility for the outcome of patient treatment skills & techniques that are learned from their programs.